By registering with us, you'll be able to discuss, share and private message with other members of our community.

Has anyone by any chance played and managed to beat Patron level 44 ? (almost 5000 medals)

I have a medal revenge with this player, can´t get it back because either his online or being attacked, did manage to beat him twice though (insisted to attack like for several minutes continuously and managed) and the same error came up after wining, I managed to get a screenshot from one of those 2 victories!!

This is really annoying specially after emailing game devs/admin and sending logs, no conclusion from them, seriously.. Have nothing against paying players (gold player myself), but a fare fight is a fare victory!

Take your own conclusions and I´ll be waiting for opinions: 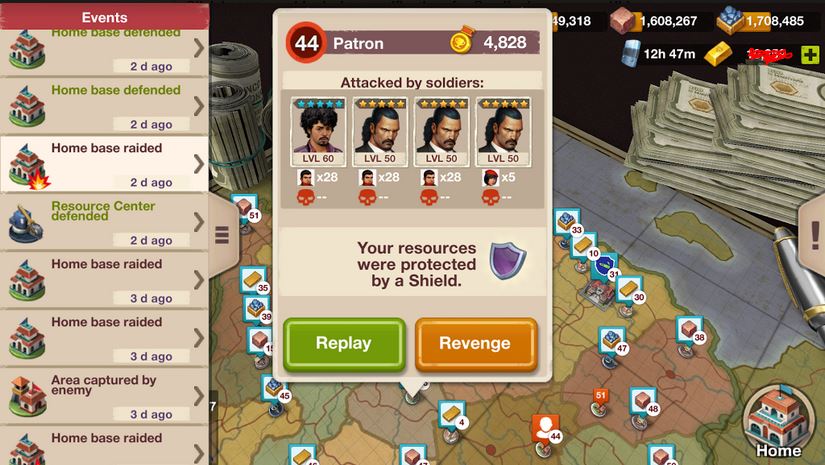 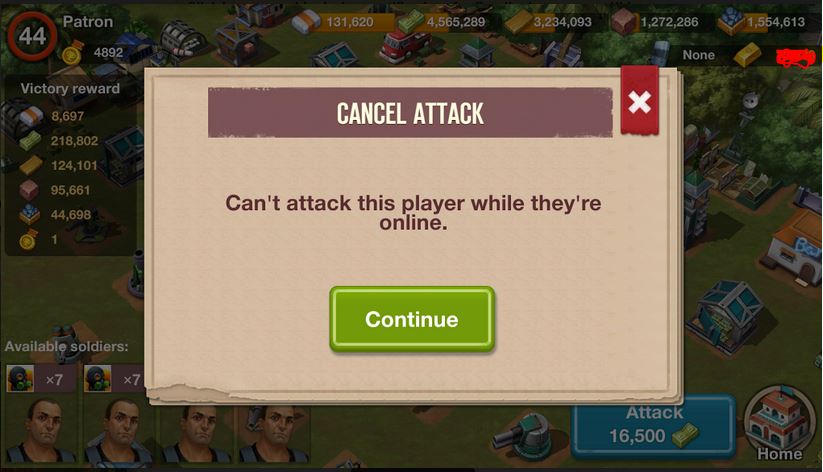 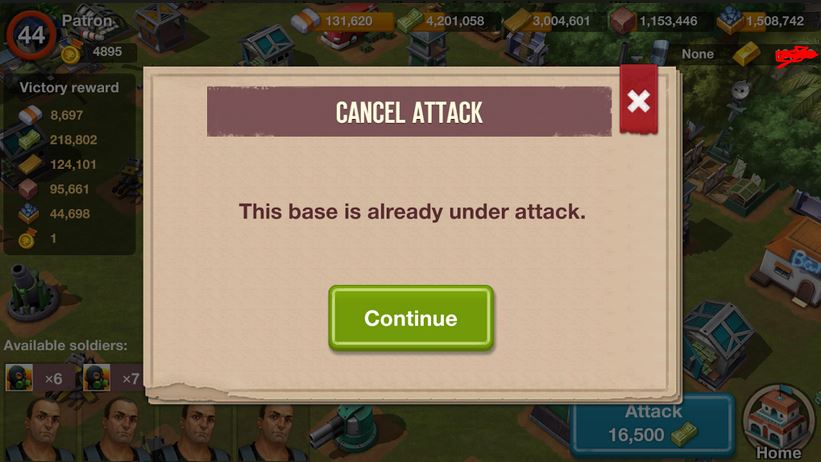 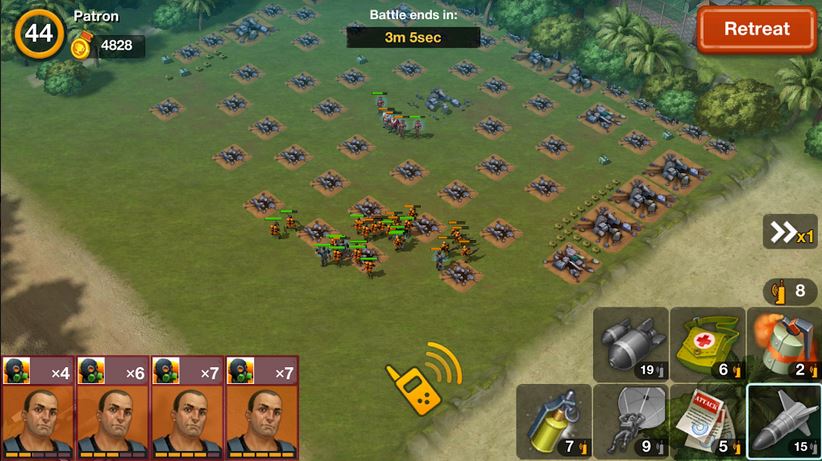 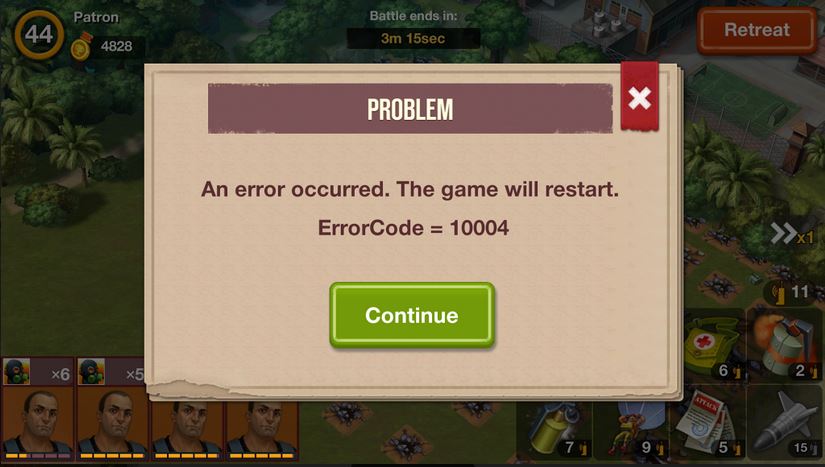 I had the same problem with another player yesterday. Either was he online or "The base is already under attack". After several tries I was finally able to attack him, but after beating him the same error occurred and the game restarted. Later I managed to attack him about about 4 more times, each time the error message showed up, then I gave up and used "find another" option instead.

We must report these issues, could be bugs or could be cheats (bots) if we all go for "find another" option we just not helping each other.

Do you recall the player?


( they get message your base is under attack you can play in ..:.. min
And they click then continue all the time and on the moment your attack is done the game trows you out because he got in at the exact same time)

It seems there are quite a few. Had the same problem with one of them but didn't keep a screenshot. The majority being from cartel espanol is just a coincidence right?

@Marv, I think your right!

@PaiNLess, thank you for the information, all of them are probably using the same tech solution running the game on a computer emulator (Bluestack)!

@PaiNLess, thank you for the information, all of them are probably using the same tech solution running the game on a computer emulator (Bluestack)!

They will only pay attention as soon as they realize that they lose so much gold by it because those players who do it never use a shield because they can never be attacked.
(And they also get the 250gold from winning the champions legaeu every week )

@Marv, I did´nt make it to the Champions league 3 because of this loss, I even unshielded and took out a Pablo base (5 medals) before attacking Partron, not getting my deserved medal against him actually ruined my whole plan!

Texted devs and no conclusion they say, even with the screenshots I posted here!

Have you guys ever questioned yourselves how these guys have 3000/4000/5000 medals and are always online or being attacked, and when you beat the them:

Come on, you can do better than that!

Seams like the complaints are all from the same cartel , so what do you need more to investigate?
I

just another one "always online f@g". need to ban all this idiots and all will be fine. FTX - do something with that! Not enough patience.
A

I checked Cartel Espaňol and voilá, I found my guy - Ksinos. Looks like you're right, it can't be a coincidence that they come from the same cartel.
I

There we go @Android !

I had the same problem with player Pp. 1782 medals. I can't see that cartel to tell if he is in it. Sent screenshots and logs to developers.
Y

Same thing happened to me again when trying to attack patron. Support said they fixed this problem but guess not.
J

Julio said:
I had the same problem with player Pp. 1782 medals. I can't see that cartel to tell if he is in it. Sent screenshots and logs to developers.
Click to expand...

can anyone tell me what cartel Pp with medal count 1782 is in?

Patrons rating means nothing!!! His base is softer than my balls after taking a shower

And his cartel is filled with sleezy hookers!!!! Send a few my way Patron

Totals may include hidden visitors.